Biennial, overwintering zones 3 to 9, usually grown as a garden annual, 50 days to harvest.

(Gobo Burdock, Niu-bang)  Biennial native to temperate Europe and Asia. Burdock seeds sown in the spring or summer will produce diggable roots by late summer that can be harvested through the winter.  The root has similar sweetness to the carrot, with an earthy flavor.  Sow seed in spring directly in regular garden soil and thin to 6 inches apart. 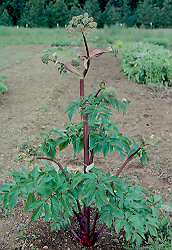 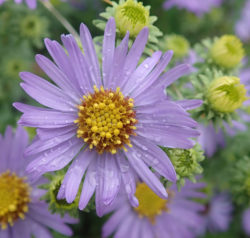 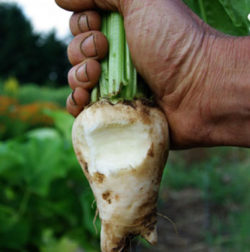 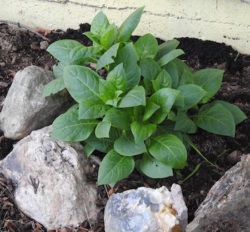