View cart “Calendula, Yellow (Calendula officinalis), packet of 50 seeds, organic” has been added to your cart.

(Sacred Datura)  Evergreen or herbaceous perennial native to the deserts of Southern California and the SW US and Mexico.  This plant will flourish in disturbed soil in full sun with almost no water.   Flowers flaring white trumpets on a plant that sprawls and can cover a lot of territory (up to 15 feet wide).  Traditional usage (American Indian): shamanic.  All parts of the plant are toxic and no part of this plant should ever be ingested.  Sow seeds in spring.  Use a sandy, alkaline mix (cactus mix) or sow outdoors in fast draining soil.  Barely cover seed and tamp well, then water and allow to dry out before watering again.  Keep doing this until germination occurs.  It can take some time.  I’ve seen the seeds germinate all at once after the potting soil became dry and very hot, in the direct sun.  GA3 speeds germ.

0 reviews with a 2-star rating

There are no reviews with a 2-star rating yet 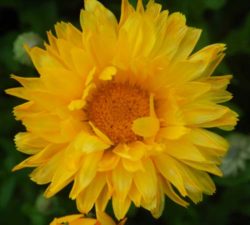